Dear reader, batten down the hatches. I am going to rant.

I work very hard at appearing calm, balanced, and of “an equable disposition”. It’s all a lie. I really live at a slow simmer, ready to break into a full boil.

I hate ignorance, complacency, and sloppiness, which makes it very hard to watch TV news and all but impossible to watch commercials. I can’t drink coffee while watching TV for fear I’ll throw my mug at the screen.

Of all the irritants in daily life, probably nothing grinds my gears as much as those who torture the English language while thinking they are speaking well.

Small means little. Little means small. What does small-little mean? Is it smaller than little, or littler than small? Despite the fact that it makes no sense whatsoever, small-little seems to have completely replaced both small and little in everyday speech.

Yuri Gagarin was the first man in space. Saying he is the first ever man is space doesn’t make the statement more absolute, it just makes the person speaking seem ignorant.

If the change is stupid, don’t use it. 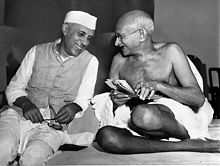 First I wanted to be a scientist, an inventor, and a spaceman. The word astronaut hadn’t been invented yet. By the time I reached high school John Storer, Peter Mathiessen, and Marston Bates had converted me to ecology. I entered college majoring in biology; following their rules, I took chemistry and math the first year and enrolled in Biology 201 at the beginning of year two. I lasted less than a week, because the whole department was DNA crazy. In the words of Marston Bates, they were only interested in “skin-in” biology, while I was only interested in “skin-out” biology. They were wearing white lab coats; I wanted to wear khaki.

Ten years later, everyone would have been studying ecology. My timing was a fortunate misfortune, because twenty years later the study of ecology had degenerated into fighting with government bureaucracy to save what little of the wild remained. Diplomacy is a skill I never had and never wanted, so it’s a good thing my life didn’t lead me down that path.

Anthropology was the closest thing to behavioral biology that MSU offered. I switched majors and it served me well. I spent two summers on archaeological digs which taught me I didn’t want to be an archaeologist. I did want to look like one. My roommate and I took our first archaeology class in 1967. Professor Cleland was tall and lean, with close cropped hair and a full red beard. We went back to the dorm and threw away our razors. I never went back to bareface, which came in handy a year later when the Summer of Love occurred and suddenly there were hippies everywhere.

All this, you understand, was years before Indiana Jones put on his hat and picked up his whip.

My interests within anthropology soon narrowed down to South Asia, that is from Pakistan, through India to Bhutan and from Nepal to Sri Lanka, including overseas populations in places like Trinidad and Fiji. I mined that knowledge heavily in A Fond Farewell to Dying and made two of the main characters in Cyan Dravidian Indians from Trinidad.

Although I spent a lot of energy studying Hinduism, Islam, and Buddhism, the religion around which I built Jandrax came from a more personal source – from growing up a fundamentalist and then bailing out.

The core concept of Anthropology is culture.

Putting it as simply as possible, we do not see with our eyes or hear with our ears, but every sensory perception is filtered through our cultural upbringing. We have an internalized vision of what the world is like, and every perception is censored by that view.

That is a quote from a paper I gave at Westercon 34 in Sacramento, California in 1981, in which I summarized what the study of anthropology and the writing of novels had taught me about creating alien cultures. Thirty-five years later, it stands up well to the test of time, so I am presenting it on this website. It starts today in Serial.

It’s called How to Build a Culture. Pop over and give it a look.

My father said, “A man who sits down to eat without saying grace is like a pig eating acorns without looking up to see who’s shaking the tree.”

I like that, even though I no longer think there is anyone up there.

When I lost my faith, it was instantaneous, like a soap bubble bursting; and my father, who had been the shining center of my childhood, was of no help. He was a man of arrogant humility, and I feared him too much to tell him about the change.

I owe you an explanation for that oxymoron. He believed that any man, however good in the eyes of other men, was a worm before God. He also believed that God was all powerful and had given us his Word to follow, and he read that Word daily.

My father had the humility of knowing he was nothing, and the arrogance of knowing he had all the answers in the Bible in his hand. It was a lethal combination. When I was a child, I feared his godlike certainty, though now I see the deeper uncertainties behind it.

So how do you stay thankful when there is no one to whom you can direct your thanks?

You can, you know. I am thankful every day of my life. I put the question into the words of Ian Gunn in the novel Raven’s Run, as he tries to explain to his lover:

“Faith isn’t something you can turn off and on. When it’s gone, it’s just gone.”

Raven said, “I couldn’t live like that. Don’t you ever miss it – miss Him?”

I shuffled the words around in my mind to get them just right. It was something I didn’t want her to misunderstand.

“What I miss,” I said, “is like this: I go out in the evening and I’m alone and I see a beautiful sunset. The clouds are on fire and the sky is so blue it’s almost green. It is so beautiful it makes me hurt and I just want to look up and say, ‘Thank you.’ But there’s no one to say it to. That’s what I really miss. Having someone to say ‘thank you’ to.”

The truth is, I am as thankful today for the good things in my life as I was fifty-five years ago when I carried my Bible to school as a testimony to my faith. Now I direct that thanks to the people around me – most especially to my wife – with a little left over to send toward the (probably) empty sky.

The Best of Lies has been moved to Backfile.

If you googled here to find out how to get your trial changed to another county, sorry about that. This is an entirely different subject.

In point of fact, this is the fiftieth post in A Writing Life, with about sixty posts in Serials on this same website. It is time to revisit some of the things I said in post number one.

Once upon a time I wanted to be a folk singer. It was 1966, and I was a college freshman. I bought a guitar and was getting pretty good when the Summer of Love hit, everybody formed psychedelic rock bands, and the coffee houses went the way of the dinosaur.

When I started writing, the venue was clear. Books were published by publishers and sold in bookstores, or in bookstands, or by dumps in grocery stores. (Dumps are fold-up cardboard bookstands designed for temporary placement.) Literary agents facilitated the process. Later, agents became virtual guardians of the gates to publication.

Publicity and distribution are the key issues, and the internet provides new venues for both. You can self-publish e-books, or go e-book with a traditional publishers, as with my novel Cyan coming out from Edge next year. In either case, it is up to the author to publicize his own books.

One could, for example, set up a website and offer free reads on a Serial blog, along with tidbits from forty years of A Writer’s Life. That might build readership for one’s novels.

It has worked so far – you’re here. Stay tuned to find out how it goes in the future.

This post regarding “detective” Travis McGee was written for later inclusion, but events in Paris and Mali have made it too current to wait. As early as 1979, John D. MacDonald had something to say about the situation that engulfs us today.

Travis McGee’s day has come and gone. His Florida, so loved by his readers, has changed until he and Meyer would hardly recognize it. That’s appropriate, in a way, because John D. MacDonald wrote McGee with an elligaic air. McGee was always trying to hang onto a dying way of life, and he did it well for twenty years.

John D. MacDonald was an established writer when he began the series. He took a step that strikes me as extremely prudent; he wrote the first two books of the series before he signed a contract to continue. He wanted to be sure he wouldn’t eventually come to hate McGee.

McGee had a formula. He worked only occasionally, when money ran low; he was a recovery consultant. If you had something taken from you in a manner the law couldn’t touch, he would try to get it back. If he couldn’t, he got nothing; when he recovered something, he kept half. A high percentage, but he was always the last resort. Between jobs, he took his retirement in big chunks while he was young.

It was the greatest schtick any writer ever thought up.

The Green Ripper (a turn on the grim reaper) finds McGee ready to marry after seventeen books of assorted girlfriends, but his fiancee dies suddenly. When it develops that she was assassinated by a mysterious organization, McGee sets out to find and destroy them. An overly familiar setup, certainly, but it works here because it plays against the cool and aloof, somewhat diseangaged character that MacDonald had developed over most of the run of the series.

McGee succeeds in his quest; I don’t think I need to issue a spoiler alert before saying that. What makes this particular book notable is the manner in which it prophesies the future.

Meyer says to McGee, early in the book:

I live in two worlds, yours and the real world.  In your world the evil is small scale. It is one on one. I want to reach you before you start any kind of move that will break your heart on a larger scale than you can now conceive of.

But of course, McGee does begin the hunt and enlists in the Church of the Apocrypha – not foreign terrorists, but home grown crazies. He finds himself in training to carry out its mission. He relates a scenario from that training:

Two couples. Casual clothes. Each carried luggage. They walked close and lovingly, laughing and talking together, looking at each other, not at their surroundings. When the whistle blew, they would snatch at the luggage, yank it open, remove an automatic weapon, let the luggage fall to the ground, stand with their backs to each other, leaning against each other, almost, in a little deadly square formation, hold the weapons aiming out in four directions, and revolve slowly.

McGee succeeds. The Church of the Apocrypha is destroyed, violently. The story was grim for 1979; it is still grim today, but no longer surprising or unbelievable. In fact it sounds a lot like this month in Paris and Mali.

Sometimes being a prophet is a lousy job.

This week there will be no Monday post. Posts will run Tuesday through Friday.

A Writing Life
Create a free website or blog at WordPress.com.