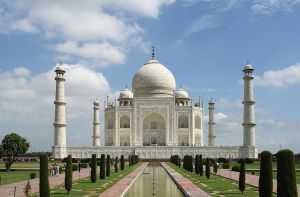 It is a new year, and once again I find myself in India. Metaphorically that is, in my latest novel.

I went to college as a biology major and quickly switched to Anthropology. Everyone in the Biology department wanted to study DNA and I wanted to study ecology. It was 1966 and I was about ten years too early.

Once in the Anthropology department, I quickly found myself drawn to Indian studies. That is, South Asian studies, not the study of American Indians, as they were called before the days of political correctness.

I also found that common terminology doesn’t fit the larger world. What Americans call the Middle East is neither middle nor eastern. It is West Asia. East Asia is China and Japan. South Asia is Pakistan, India, Nepal, Bangladesh and Sri Lanka I fell in love with all the parts of South Asia, and never made it to any of them in the flesh. The Viet Nam war got in the way, and then novel writing got in the way.

I have visited variant Indias three times now in novels. A Fond Farewell to Dying (Pocket/Timescape, 1981) was set in a future following nuclear war and rising of the waters, in which India is the last nation having a modern, scientific culture. America is reduced to backwardness while Europe and northern Asia are blasted by nuclear fallout. David Singer, having renamed himself Ram David Singh, has left America to become a scientist in India, where he perfects a type of mechanically derived immortality which gets him into no end of trouble.

During my years of Indian studies, I ran across Rabindranath Tagore’s poem Sunset of the Century. I was so taken by it that I quoted part of it when I wrote A Fond Farewell to Dying, and quoted a shorter piece of it as the sub-title of this website.

Here is what I quoted in Fond Farewell:

Be not ashamed, my brothers, to stand before the proud and the powerful.
With your white robes of simpleness.
Let your crown be of humility, your freedom the freedom of the soul.
Build God’s throne daily on the ample bareness of your poverty.
And know that what is huge is not great and pride is not everlasting.

That last line is probably my favorite quotation of all time. I posted the complete poem two years ago. Tagore wrote it on the last day of the nineteenth century, looking back at centuries of oppression and forward to a new century of freedom.

India showed up again in Cyan but I won’t give out any spoilers on that.

My latest novel The Cost of Empire is a look at an India just beginning to push for independence in a steampunk flavored alternate universe. Rabindranath Tagore is an off-camera character, as the cousin of one of the main characters who has a habit of quoting him. I’ll let you know when it is finished.