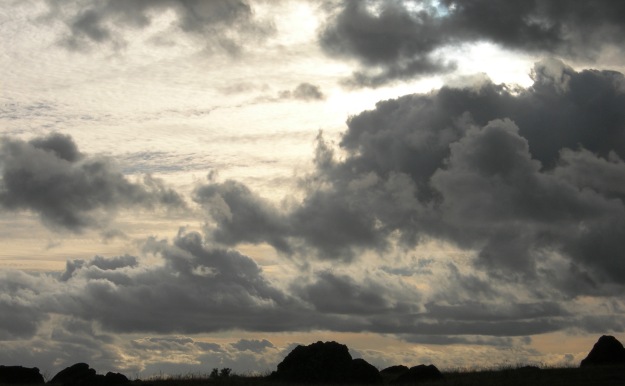 100 klicks, 200 klicks; speeds not to be measured on instruments; not for an artist; a master. Not for a man who had only fallen – once. He sensed their speed in the groaning of her titanium pinions and the growing strain on her arms.

She closed her eyes against the pain to come.

He arched their back and spread wings against their fall, arcing them upward and sideways through the turbulence of the interface and into a rising cell. The servos took the strain, but they communicated a portion of it to her. Pain, the instructor, the feedback; the pain would become unbearable before the fabric of her wings failed. Just before.

They shared the pain, but pain had become his world and this was his rising above it. His exultation. And it was her gift to him that she lent her body to this, for to her the pain was only pain, and she cried out against it.

Then they were climbing faster than ever, from the momentum gained in their plummet. She drew her pain in and made it a private thing that Michael could not feel. Later another, softer Michael would feel remorse for her pain. With hands and mouth, for his lower body was paralyzed, and with full knowledge that his own burning could never be satisfied, he would ravish her, putting all of his frustrations into her ecstasy. That he gave her freely, as she gave him this.

That was the Michael of endless nights and bitter days; but now, for one long moment of exultation, he was the Michael that had been, before misjudgment and arrogance had hurled his body to the ground.

Through the roof he called it. Augmented by the momentum gained in falling, propelled by the even beating of mechanical wings and buoyed by the rising cell of air, he took her through the rains and the lightnings and the pit-cold region where hail is born, upward through the thinning edges of the storm to where the air is still and the sun still shines. Through the roof.

With the last erg of upward force expended, Michael rolled over to float above the storm. From here the thunderheads were pearly white; billowing fields and valleys of cloud as peaceful as the sleep of childhood. They looked as if a man could walk across them to the end of the world. The sky was the dark blue of high altitude and the gray ring around the sun was itself encircled by a rainbow.

Hovering like some great eagle, above the tumult of the storm, with their height disguised by the carpet of clouds, her fear left her and her joy began.

For long minutes they glided, and she felt Michael slipping away. His ecstasy had ended. To dive again into the storm would be foolhardy; whatever Michael’s vitality, it was Lydia’s body they rode and she had reached her limit.

She felt his hesitation and knew his temptation. Just one more thrust into the clouds; just one more plunge into ecstasy and death.

She knew this and said nothing; and in her calm he found the courage to turn away from the storm and glide downward, carrying with him his tired and precious burden.

Come back Monday for a postscript to this story.