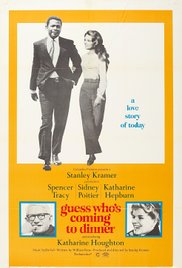 A cousin of mine told me recently that interracial marriage is still a big no-no in Oklahoma. Bear in mind she is my age, so she may not speak for the present generation. Here in California where I live now you see black-white couples everywhere, and that pleases me, but then I never did fit in back home.

Did you ever hear of a nigger in the woodpile? (Yes, there’s that damned word again. In looking at race honestly, there are some things that can’t be avoided) The phrase has been a Southern staple forever. You can Google it, but it won’t tell you much. You will find it was used in an anti-Lincoln cartoon during his election bid, and you will find various definitions to the effect that it refers to something not being what it seems.

Fine, but why this particular phrase? Why is that legendary black man hiding in that woodpile near the back door of the big house? What are his intentions?

The answer lies in when the phrase is used. It is rarely used to cover general sneakiness, but it is always used when a child doesn’t look like his father. Hmmm. So that’s why that black guy was sneaking around the back door.

The great fear is that black men will do to white women what white men have been doing to black women for four hundred years.

That black feller in the woodpile helps whites laugh at the hidden realization that white purity is not just endangered; it hasn’t existed for a really long time.

You can see it in the classic movie Guess Who’s Coming to Dinner, but you have to look sharp. If you don’t remember the story, in 1967, a very handsome, very black man (Sidney Poitier) wants to marry a very pretty, very blonde white girl (Katherine Houghton). They spring this on her liberal parents and complications ensue.

I like the movie despite its obvious problems. I even forgive that it ends with a fifteen minute monolog by the grumpy, old white guy (Spencer Tracy), as he puts everybody else in their places.

The movie is dated and excessively sweet. It is unrealistic that the black guy in question is such a moral superman and so terminally handsome. Never mind; the movie’s heart was in the right place and it probably did some good. And it was 1967, after all.

However, if you look closely there’s something else to be learned from this movie beyond what the producer intended. The next time you see it, take a look at Dorothy (no last name, played by Barbara Randolph), a minor character, assistant housekeeper and a drop-dead gorgeous black girl.

Or is she black? Stand her up in your imagination half way between Poitier and Houghton. She is half as black as he is, and half as white as she is. How could this happen in America! And why do we accept her as black? Why not white? She’s exactly half-and-half, compared Houghton and Poitier.

The whole movie is based on the shock that everyone feels when Poitier and Houghton decide to marry, but no one even takes notice of the obvious product of four hundred years of interracial sex, married or otherwise, strutting her stuff in the background.

Imagine that, people not noticing what is right under their noses.