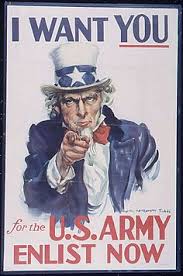 Here are some statistics, tailored for those who read this blog. I know most of you are young. I see your pictures on your likes, and I check out your websites.  I’m not young, so I see changes you may not be aware of.

Bill Clinton, Barack Obama, and Donald Trump did not serve.

In the current House of Representatives only 70 of 435 have served in the military. In the current Senate, only 13 of 100 have served. Those numbers will go up slightly with the incoming congress.

Veterans were not so under represented in previous congresses.

These figures relate the the reduced number of persons in the military. That is not quite the same as a smaller military, since the persons now serving tend to spend more years in service. Draftees from previous eras tended to go home as soon as they were allowed to do so.

I come from a long line of draftees. My father served in Europe in WW II, was wounded, and remained during the occupation of Germany. His younger brother was drafted, trained, and was on a ship “heading for Japan to die” (his words) when the US dropped the A bomb. He ended up in the occupation of Japan. I joined the Navy, Vietnam era, but not by choice. My draft number was 41, which meant my number was up (in both senses of the word) before I finished college. And no, I did not see combat.

I hated the draft and I still do, but it had one positive aspect. It leveled the playing field. More Americans had to step up, whether they wanted to or not, and that led to more protests. Without the draft, we would have been in Vietnam much longer.

Today is the hundredth anniversary of the end of WW I. All those veterans are gone. WW II ended in 1945. Very few of the vets from my father’s generation are still around.

America left Vietnam in 1973. Any vet who saw that day at age 18 would be 63 today. That was also the last  year American’s were drafted.

I’m not suggesting a return to the draft, God forbid. I have no particular agenda at all; I just want to give you this to think about.

A country which everyone has to defend, or at least has to stand in jeopardy of military service, is a very different thing from a country that depends on a volunteer military.

Better? Worse? That will be your decision going forward.