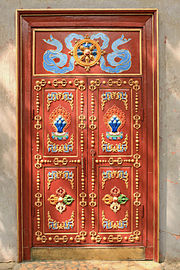 Here is a quote for you, hot off the grill.

There is a door. On one side is written Science Fiction. On the other side is written Fantasy. You can come from either side, and pass through either way, but it will still be the same door.

Snap’s world lay pinned against the Thames, from St. Paul’s to the Clock and on to the Tower, with London Bridge somewhere near the middle. It would be hard to chart the boundaries of Snap’s world, as it was a world of fogs.

Balfour walked with Snap as far as Pickwick’s and took his leave. From there, his path took him along the wider thoroughfares — and the widest were none too wide — past the shell of St. Paul’s. It was familiar territory for Balfour. He was one of the few whose nature allowed him to move freely between Inner and Outer London.

Eventually, he reached The Wall at Newgate Arch. As he faced the opening, it was a weathered arch with carvings mellowed by the corrosive fog until they were quite unreadable.  He passed through and looked back. On this side of the wall, the gate was foursquare and framed in brick. Every brick was identical and a caliper could not have found a variation in the lines of mortar.

The city beyond was foursquare as well, with rectangular buildings on rectilinear streets. A small fragment of humanity lived with Snap in Luddie London; the rest lived here.

Yin and yang. Dark and light. Old and new. The look of fantasy and the look of science fiction. It makes for a nice tension.