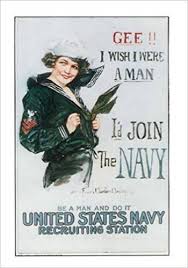 As holidays go, Armed Forces Week isn’t particularly notable. Mother’s Day also gets caught up in the mix as the only Sunday in the week. For “right thinking people”, that probably seems appropriate. For those of us whose thinking is always a bit off center, it is ironic.

It all depends on your view of the question of the legitimacy of military force. To a very few (not including me) it is always wrong. To the average American, a simple statement that, “We support our servicemen,” ends the discussion.

It really doesn’t end anything.

We all know, whether we want to admit it or not, that every military organization in history has committed atrocities. If your answer to, “Do you support [fill in the military action of your choice?]”, is “I support our troops.”, you are just avoiding the question.

I have problems with all this. I’m no pacifist, and I believe in defending my country. Still, I see example after example of our government screwing things up and getting our servicemen and women maimed and killed for unsupportable reasons. Viet Nam comes to mind, but the problem didn’t stop when that quasi-war was over.

It hits close to home for me in a rather odd way. My wife and I make quilts, and are members of a local quilt guild. There are several organizations like Quilts of Valor which coordinate the making of quilts to be given to veterans. It would be hard to find any organization which seems more useful and harmless, but I don’t participate. Most people see these organizations’ efforts as support for troops and veterans. I respect that position and I never argue with them, but, for me, it feels too much like validating the jackass generals in all the stupid and useless things they do.

It is the same with  Armed Forces week. Most people see it as an appreciation of our soldiers and sailors, but it looks to me like a smoke screen. It tends to make legitimate questions about American military actions look like a lack of patriotism.

I came to this opinion when I was in the service. To clarify that, it was in the Viet Nam era, but I was not deployed to Viet Nam itself.

And it all starts with boot camp. I wrote a post about that experience for Armed Forces Week of 2016, That was three years ago when the blog was new and not many people were reading. I repeated it two years ago, so I won’t print it again, but if you want to know what I think of that institution,  go to 432. The Making of a Navyman.