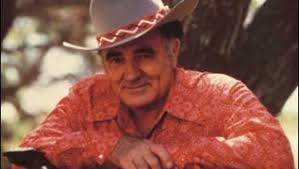 This is a follow-on from Monday’s post, but it isn’t Part 2.
Either post can be read independently.

Louis L’amour left home early, wandered the world, then settled down to be a writer. Unlike many who came at writing later in life, L’amour was set on it from the first. He said:

My intention had been to write, and consequently I had made  no effort to acquire a trade . . . All I had to offer was considerable physical strength and two hands, but for most jobs that was all that was required . . . All the while I read. There was no plan, nor at the time could there be. One had to read what was available . . .

It would be hard to live such a life today. The hard work of the world has been outsourced — within America to undocumented aliens who fear INS too much to fight back against slave-like labor, and outside America, to a world-wide cadre of peasants, living slave-like lives.

L’amour also said of his memoir:

This is a story of an adventure in education, pursued not under the best of conditions. The idea of education has been so tied to schools, universities, and professors that many assume there is no other way, but education is available to anyone within reach of a library, a post office, or even a newsstand.

If L’amour were alive today, he would of course include the internet, with appropriate caveats.

L’amour’s westerns are full of slam bang action. There is no way to pretend that isn’t a large part of their appeal, but it isn’t enough to account for their huge popularity. There are plenty of shoot-em-ups that are briefly on the newsstand, and as quickly disappear from memory. Louis L’amour has proved as close to immortal as a genre writer can become.

I’ll take a stab at explaining why. Feel free to disagree. He was a “frontier philosopher”. Note the quotes; this term is actually insulting, but it fits. L’amour had read as widely as any author, and his understanding of human beings was profound. But when he made “philosophical” pronouncements, he couched them in simple language, and frequently put them into the mouths of uneducated characters. They sound wise, but without arrogance.

Have faith in God but keep your powder dry.

Adventure is just a romantic name for trouble. It sounds swell when you write about it, but it’s hell when you meet it face to face in a dark and lonely place.

A mistake constantly made by those who should know better is to judge people of the past by our standards rather than their own. The only way men or women can be judged is against the canvas of their own time.

Violence is an evil thing, but when the guns are all in the hands of the men without respect for human rights, then men are really in trouble.

Just because the NRA also says it, doesn’t make it wrong.

A mind, like a home, is furnished by its owner, so if one’s life is cold and bare he can blame none but himself. You have a chance to select from pretty elegant furnishings.

Knowledge was not meant to be locked behind doors. It breathes best in the open air where all men can inhale its essence.

When you go to a country, you must learn how to say two things: how to ask for food, and to tell a woman that you love her. Of these the second is more important, for if you tell a woman you love her, she will certainly feed you.

That one might not be politically correct any more.

It is often said that one has but one life to live, but that is nonsense. For one who reads, there is no limit to the number of lives that may be lived, for fiction, biography and history offer an inexhaustible number of lives in many parts of the world, in all periods of time.

Few of us ever live in the present. We are forever anticipating what is to come or remembering what has gone.

Historical novels are, without question, the best way of teaching history, for they offer the human stories behind the events and leave the reader with a desire to know more.

Do not let yourself be bothered by the inconsequential. One has only so much time in this world, so devote it to the work and the people most important to you, to those you love and things that matter.

If you want the law to leave you alone, keep your hair trimmed and your boots shined.

Okay, that last one could just as easily have come out of Heinlein’s mouth. I find those two authors to be much alike, each attuned perfectly to his own era, and both as American as the flag.

When L’amour settled down to write, he tried his hand at many different genres, and stayed with the ones that paid the rent. Early on, he wrote poetry (and you know that didn’t pay the rent).

Many years ago I discovered that his poetry had been collected in a book that sold very few copies, and those only locally. I managed to get a copy on inter-library loan, and enjoyed it. I even copied a few poems and stored them in my computer, since I never expected to see the book again.

Then, in researching this post, I discovered that Bantam had reprinted Smoke From This Altar, so I immediately bought a copy.

If you have a liking for Kipling and Robert Service, you might give him a listen. The work is not all great, but there are gems. I can’t quote a whole poem, that would violate copyright, but I’ll give you a piece of one as a taste.

I turned the leaves of an ancient book
A book that was faded and worn —-
And there ‘tween the leaves I found a rose,
A tiny rose, and a thorn.

In truth, they aren’t all good, but I don’t mind digging through lumps of glass for an occasional diamond. Recommended, with reservations.