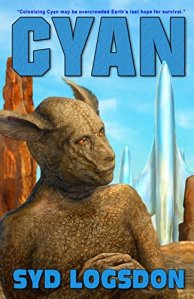 If you didn’t read Monday’s post yet, go there first.

The most difficult problem I’ve had in getting under way with Dreamsinger is that I wouldn’t want to live as part of the culture of Home Station, the orbital habitat which most humans occupy. I need it as the flip side of the culture of the exiles on the surface, but I don’t like it.

Never fear, I’m a professional. I’ll get there, but there will be a lot of moaning, groaning, and cussing under my breath along the way.

One thing is in my favor — in world building, problems are answers. A perfect world might be pleasant to live in, but it would have no fodder for storytelling.

The situation in Cyan which led to the beltmen leaving Earth created a culture of enforced, extreme civility. That’s not natural for us hairless apes, so there has to be an enforcement arm with no sense of humor. That is the system of directed dreaming, explained Monday.

Directed dreaming is a system that needs overthrowing, and that will clearly be a major theme of the novel. But what else does it imply?

On Home Station, you don’t sleep. Therefore you don’t need a room. Your exercise/dreaming time is brief, so what do you do with yourself when you aren’t working? Where do you go? Once I had asked myself that question, I filled Home Station with lounges.

Also, if you don’t have a bed or a bedroom, where do you have sex? Let’s see what the rough draft says:

Antrim headed down to Heaviside Lounge for companionship and to purge his mind of the problems posed by Riff.

Beneath a flowering mimosa he saw a girl he knew. She had removed her shirt as a signal of readiness, but no one had yet joined her. Her name was — Broa. His mental hesitation triggered the Farleyfile which gave him a précis. Broa 14284. The number told him that she was one or two crèche releases older than he was. He had copped with her three times before, but he already remembered that. She was a tech working in hydroponics.

He stopped and smiled down at her. She said, “Want to cop?” and he said, “Sure.” He peeled off his shirt and she unfastened his pants. There was a snarl when they hit the floor and snagged on his shoes. Broa was already barefooted, and laughed at him as he extricated himself. He came down on her without bothering to remove her pants and met her mouth to mouth and tongue to tongue.

The pants came off soon after, and they put on a clinic of the four positions and the eight variations. Several of the other occupants of Heaviside Lounge wandered over to watch and admire.

Afterward, they talked for a while. Her eyes were on him, but her attention had wandered and so had his.

She levered herself up, pushed back her tangled hair, and said, “I have to shower before I go back to the hydros.” She kissed him again, lightly and briefly, picked up her clothes and walked away.

Antrim lay there admiring her back side. Nothing in the moment impelled him to run after her.

His mind was cleared, his body was spent, and the pleasure had been profound. But she was still, after four sexual meetings, so much a stranger that he had reflexively triggered the Farleyfile when he saw her. If he never saw her again, he would feel no loss.

Sex right out there in the open? Well, the future is supposed to be different and there are no secluded, grassy riverbanks on a space station. Actually, if you are living in society that controls your dreams, privacy is non-existent already. On Home Station, even the desire for privacy is considered a mental aberration.

In some ways, this culture is a bit of a feminist dream since everyone is completely equal and there is no power structure of dominance — except for the dream therapists, but that is a whole other level of this novel which we’ll get to eventually.

Everybody is comely. I don’t have space here to tell you where babies come from, but take my word for it, they all come out perfect. And it is considered impolite to refuse an offer to cop(ulate).

It sounds like a 14 year old boy’s idea of paradise, but it isn’t that either. Everybody on Home Station is so damned equal that nobody needs anybody. Want sex? Do it. Twenty minutes later you can each go your way without even exchanging names.

The culture of the exiles on Stormking, which we will see later, is based on survival. It is totally different, but also completely unromantic.

Antrim, our main character, has imbibed all kinds of romantic notions from reading the literature of Old Earth. He is seeking something neither culture stands ready to provide. He is going to have a rough time of it.

Corollaries, implications, and unexpected consequences of the structure of directed dreaming are falling out onto the page every day, often surprising the hell out of me. Weird things are happening and I haven’t even gotten to the culture of the dissidents who have been exiled to Stormking. Their lives are really different.