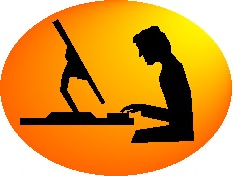 This isn’t really a rant. Honest. If you had ever heard me rant, you would recognize the difference.

I find myself out of step with the modern world most of the time. I’m comfortable with that, but once in a while it catches me by surprise.

This comes of being an only child, raised on a farm, miles from the nearest small town. That is to say, alone. I also grew up in the era of the movie cowboy, the lone hero standing against the world. We’re talking John Wayne here; Clint Eastwood came much later.

In other words, I grew up in a place and time that preached individualism.

Today, we all cooperate.

That is, if we believe songs and movies and television and books, everything has changed. But has it really? I doubt it. We always cooperated on many things, and we still treasure the individual’s take on some things, although the balance between the two seems to be shifting. Even John Wayne always had some gang of scraggly misfits following along behind him.

I taught middle school as if cooperative learning hadn’t been invented yet. I could get away with that in the eighties and nineties, and a lot of other teachers had that same attitude. If I had to teach where “every child is equally and specially brilliant” — I’m quoting a TV ad for a private school — I’d rather drive a truck.

So, what brought this to mind? Beta readers. The word is new, but the idea isn’t. Robert Louis Stevenson’s wife is rumored to have burned the first draft of Dr. Jekyll and Mr. Hyde, and didn’t like the rewrite all that much. We also hear that Mrs. Mark Twain often wasn’t too keen on what Sam Clements wrote.

Of course beta readers are more than censors. Ginny Heinlein always read RAH’s first drafts. She was agonizing about telling RAH that the first draft of Number of the Beast was not up to his standards, when an operation cured his mental fogginess and he saw it for himself. (It’s in the biography; I’m not claiming any special knowledge here.)

Since I always visit the websites of anyone who clicks a like button on one of my posts, I have been looking over the shoulders of a lot of young writers. I see people seeking beta readers and thanking their beta readers. They clearly think that beta readers strengthen the work.

It is certainly true that the editors who once filled that function are no longer as easy to reach. I also see the self-publishing advice that hiring an editor out of pocket before going to press is money well spent. Again, probably. It’s hard to spot your hundred and fifth grammatical error, after you have fixed a hundred and four.

Beta readers are all very twenty-first century, and I certainly have great respect for those writers who have the nerve to bypass traditional publishing. But for me . . .

Nobody reads a word I have written until it is checked and rechecked, read and reread, and then reread again a few dozen more times. By me, and only by me. It’s mine. I don’t share until I’m ready to publish. The first person to read my blog is you, and the first person to see one of my novels is an editor at some publishing house.

It’s all very much old school.

So beta readers need not apply to the old curmudgeon. But that’s just me. You’ll follow your own style. Writers always do.