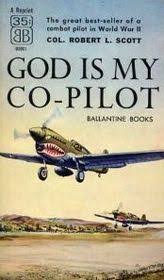 How long does it take to write a novel, a short story, or a poem?

Those who visit this site and register a like usually have websites of their own which I visit, so I know that many of you write. Many more of you would like to, or are just starting to. “How long does it take?” may not mean much to a poet, but anyone writing a novel has to wonder if she/he has a reasonable prospect of completing it.

I had that question myself when I started. I wondered if I could sit down and write every day until I had produced a novel. It seemed more likely that the well would run dry and I would end up going on to something else, but there was no way to know except by trying.

I began the day after Labor Day, 1975, and wrote five days a week. By Christmas, I had a novel. It was short, simple, and unsalable, but it was finished. I loved the process and I was hooked.

I started my second novel, Jandrax, the first of the next year, and had it finished by summer. That needs a little explanation. It was in the mid-seventies and the typical paperback novel ran about 50,000 words. Today a typical novel is, at minimum, twice that.

Novels in the seventies were often extremely fast paced. These days they are (to my taste) glacial. Comparing Gordon Dickson’s early novel Dorsai! to his late novel The Final Encyclopedia will show you what I mean.

Jandrax could have used more smooth transitions between scenes and less twitching speed. About another seven thousand words and another two or three weeks of attention would have helped. Still, it fit into its era and was published by Del Rey, but I would slow the pace if I were writing it today. A bit. Not much.

During 2017 I wrote a novel of about 90,000 words called The Cost of Empire. The rough draft took about four months and it went out looking for a home at the end of six. That is about twice the pace of my first published novel, which makes sense after all these years of experience.

Next I wrote Like Clockwork, a much more complicated novel. I worked from January to July of 2018; then I broke off and rewrote what I had as a novella for a sales opportunity that had come up. That didn’t pan out, so I went back to the original concept in October. I lost most of December and January to another project, then finished the novel at the end of February. Call it ten months of writing, spread out over fourteen months altogether.

Ten months vs. six seems about right for a complex vs. a straightforward novel at this stage of my life. The longest I ever took from concept to publication was just short of forty years, but that was a special case.

I write, rewrite, and polish — then polish again. Most authors with a long list of novels don’t do that. Louis L’amour clearly did little if any revising. His books are full of inconsistencies that he or an editor should have caught, but that didn’t keep him from being spectacularly successful. He wrote 89 novels in 38 years.

During World War II, Robert Sidney Bowen wrote about twenty air war novels for boys in five years. He said he could complete a novel in ten days and he never revised. No problem — considering their style and quality, revision probably would not have helped.

Lester Dent reportedly once wrote an entire Doc Savage novel over a weekend, although that amounted to taking two shorter works he had already written and blending them together.

I think we all want to write a bestseller in record time in a frenzy of inspiration. That dream probably won’t come true for any of us, but I know of at least once that it happened.

Colonel Robert Scott, WW II war hero, was recalled by the Pentagon for a tour America to stir up feelings of patriotism with his personal story of shooting down flocks of Japanese planes.

Near the end of that tour, Colonel Scott was asked by the Scribner (sic) publishing house to relate his experiences in a book. But he had only three days to do so before he had to report to Luke Field in Arizona as its new commander, so he simply spoke his recollections — 90,000 words — onto wax cylinder recording devices.*

Three days! God Is My Co-pilot became a best seller.

*The quotation is from his obituary in the New York Times.