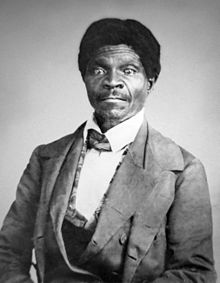 The issue at hand is constitutionality v. right and wrong.

My respect for the constitution is profound, but terrible things have been done in the name of constitutionality. Some of them are being done right now. (see yesterday’s post)

There is no question of the constitutionality of the move to deport undocumented immigrants, but a great deal of question as to its wisdom and its morality. Trump’s motives are unknowable and irrelevant. It doesn’t matter if he thinks he is saving America from an enemy within, or if he just jumped on an issue to provide a path the white house. The real question is — should it happen.

History has lessons for us on this issue. The constitution allowed Chinese immigrants to be deemed unfit for citizenship. The same was true of Japanese immigrants. Chinese were, eventually and quite constitutionally, denied entry into the US altogether simply for being Chinese. (see 306. White Men Only)

Andrew Jackson used his constitutional powers to make treaties in his removal of the southern Indian tribes. He also used trickery and deceit, but that is politics. American Indians living a settled life in agricultural villages, whose ancestors had been in America since before Columbus was a gleam in his father’s eye, were led by trickery and force to sign away their lands and were removed from the United States by military force, all quite constitutionally through the Indian Removal Act of 1930. (see 247. The People’s President)

Dred Scott was born a slave in Virginia. His owner took him to Illinois and later to what is now Minnesota. Later, he was returned to Missouri where he eventually sued for his freedom based on his long residence in free states. The litigations passed through multiple trials, which Scott sometimes won and sometimes lost, and finally made it to the U. S. Supreme Court as Dred Scott v. Sandford.

Scott lost. Chief Justice Taney stated that any person descended from Africans, whether slave or free, is not a citizen of the United States, according to the constitution. He further stated that the government could not confer either freedom or citizenship to non-whites, and the Missouri compromise could not exclude slavery from the northern territories.

All this in the name of the constitution. It brought anger, the election of Lincoln, and the civil war.

At the end of the Civil War, the 14th amendment stated that “all persons born or naturalized in the Unites States .  . . are citizens.”  That did nothing to help the Chinese and later Japanese who came to this country, but could not be naturalized because they weren’t white. (again, see 306. White Men Only)

And it does nothing for the Mexican-Americans who came to America illegally because the laws made it impossible to come in legally. If you read yesterday’s post, and if you followed the link and actually looked at the Permanent Residence application form, you know this to be true. If we native born Americans were required to positively answer all the questions on that form, three-quarters of us would have to leave the country.

I respect the Constitution, but I don’t respect those who misuse it. Trickery and deceit gave Andrew Jackson his way, but this is not 1830, and it should not happen again.